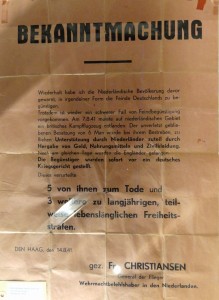 The tragic piece of warhistory is about 5 Dutchmen that were executed as a cruel punishment for lending a helping hand for a downed British aircrew in the Second World War.

This story unfolded in the night of 6 to 7 August 1941. It saw many warplanes (some 170) from RAF Bomber Command taking off for their bombing raids on Germany. 11 OTU was tasked to perform a leaflet dropping mission on French occupied territory. Two Vickers – Armstrong – Wellington bombers were chosen to carry out this mission. Sergeant Bennet and his crew who flew the X9614 returned safely to RAF Bassingbourn. The other Wellington Z8807 and her aircrew were less fortunate. In bad weather, losing functionality of her navigational aids , off course , lost on track , the aircraft is hit by enemy flak. The loss of one of its engines is contributing negatively to the problems the aircrew has to cope with. In the end the lame less aircraft is hit again and finally has to crash-land. It comes down in the Hoeksche Waard island near a village called Greup not too far away from Rotterdam. The crew survives and disembark their plane. They set fire to it and try to escape. Then they are helped by local farmhands. Some of them give clothes , others offer food , one gives a map  … The aircrew takes shelter at one of the farms. Than they split up and try to escape enemy capture.

The German occupiers – on a hunt for the escapees – are furious and very upset. They hold the local population responsible for lending a helping hand to the enemy. Because of recent developments and provoked by a recent ruling they feel the need to react fiercely. So the Germans round up the local population, arrest 14 of them. They have to set an example. So a court-marshal is held : 3 of them are convicted to imprisonment , 5 of them are handed capital punishment the rest is set free. On the 19th of September 1941 these 5 Dutchmen are executed. This is having a profound impact on the local and regional population. Even nationwide a shockwave is felt from this cruel punishment. The dramatic events get even more profoundly in impact : never since that execution date anything was ever discovered of their place of execution nor their burial site. They just vanished. This of course was tragically effecting the next of kin. Furthermore as a cynical fact : the downed aircrew was captured swiftly and sent to POW-camps in Germany. They all survived the war. 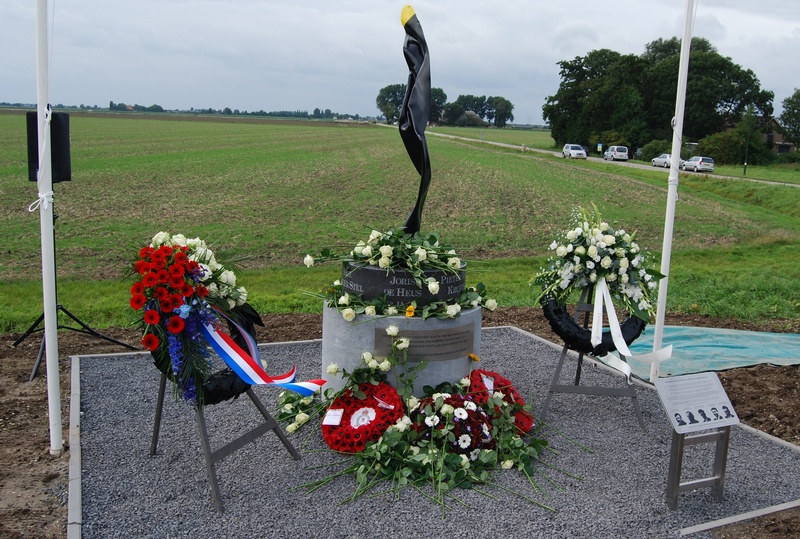 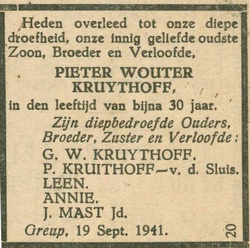 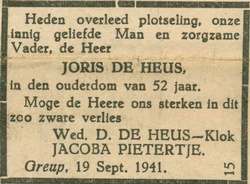 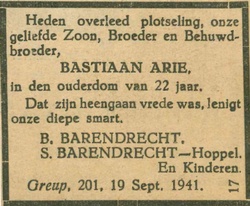 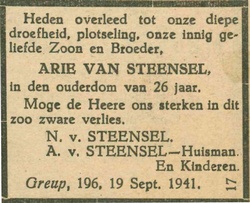